Goldair is one of the largest and most reputable group of companies in the field of tourism and transportation in Greece.

It was founded in 1925 by Dimitrios Golemis and has gradually consolidated over the years up until today. As one of the oldest and largest groups in the businesses that it is active in, initially, it was active in trading with Central and Eastern Europe before then expanding under its founder’s unprecedented era of initiative into the field of exclusively representing airlines in Greece. Dimitrios Golemis, as a charismatic and visionary businessman, foresaw the vital role that the aviation business was going to play worldwide, and in 1955 signed the first agreement for the exclusive representation of LOT Polish Airlines in Greece, thereby opening a new era in business.

Then, under the chairmanship of Stelios Golemis, Goldair Group dedicated its efforts to the development and expansion of its activities, all the while seeking to correlate them in order to create economies of scale and absolute control of services. The Group’s companies are certified according to the ISO 9001: 2008 international quality standard and the IQNet international certification network; their main objective being the provision of high quality services at highly competitive prices that cover a wide range of tourism, transport and other business needs. Staffed with individuals who share a common vision and values, and with its strong foundations and the necessary infrastructure, the Group has steadily continued to develop into a strong competitive and a force to be reckoned within the industry both in Greece and overseas.

View in detail, all companies of the Group at www.goldair.gr 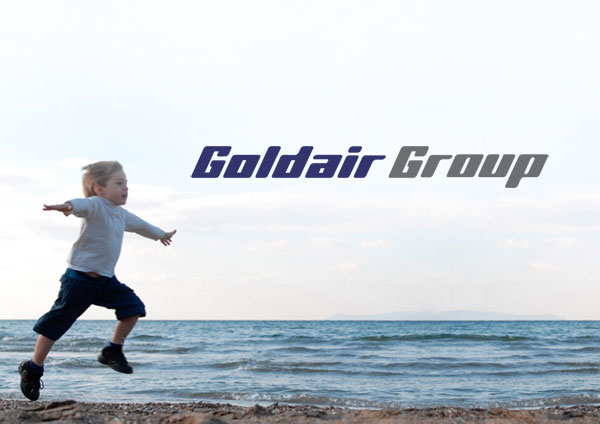